The 2018-19 NHL® season is underway, and Franchise Hockey Manager 5 is now available worldwide. You can also check out the game trailer on YouTube.

To celebrate, we took the latest season for a spin in the game and shared the results with our friends at NHL Network, who recently featured our forecast on one of their shows. Read on to find out why FHM 5 sees the San Jose Sharks securing their first Stanley Cup® Championship.

FHM 5 sees the Washington Capitals launching a successful start to defending their own first Stanley Cup® Championship by running away with the Eastern Conference’s Metropolitan Division, posting a 61-17-4 record (126 points) that was the best in the NHL®. The Tampa Bay Lightning won the Atlantic Division with 99 points, edging out the Toronto Maple Leafs, who had 96 points. 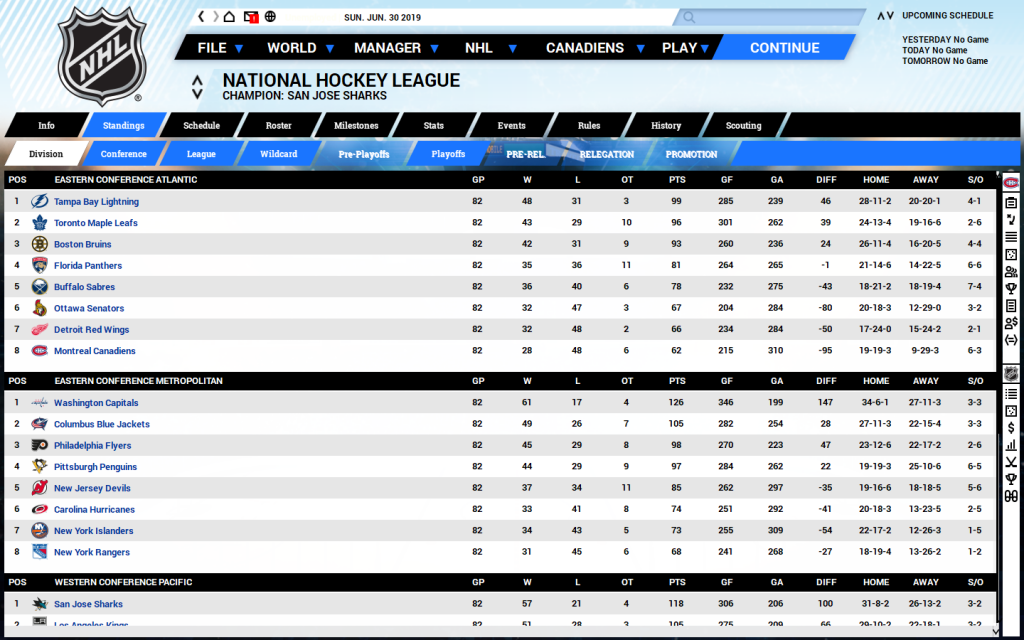 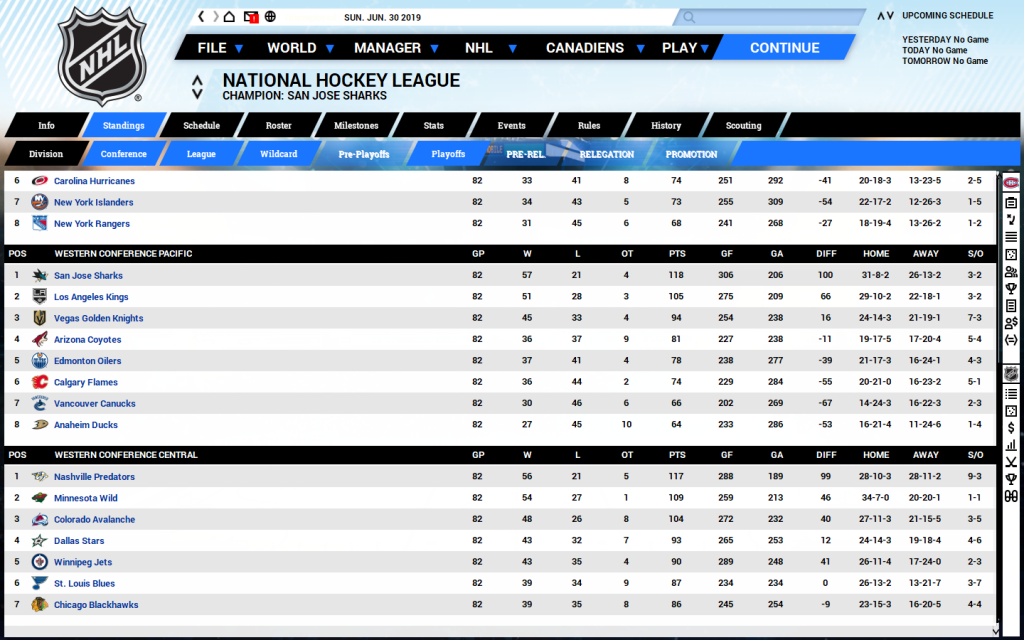 Among shooters, Alex Ovechkin of the Washington Capitals scored 59 goals to top the NHL® while teammate Evgeny Kuznetsov led the league with 75 assists. Nathan MacKinnon of the Colorado Avalanche was tops in total points with 108. 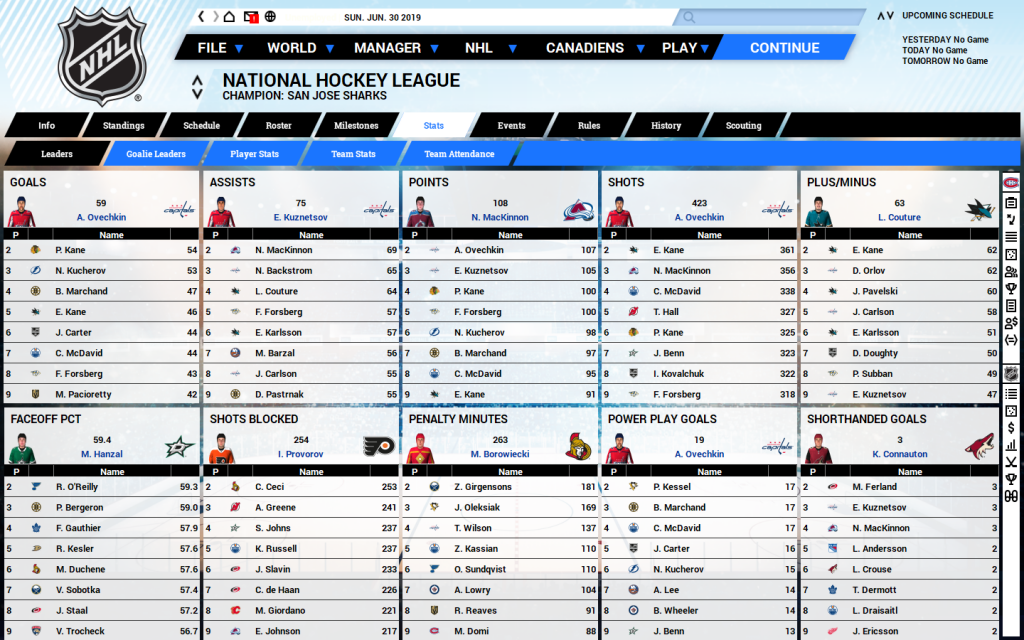 Among goalies, the Capitals’ Braden Holtby had the most wins (52 of his team’s 61 wins) while the Nashville Predators’ Pekka Rinne had the best Goals Against Average with 2.30. Rinne also led the league with 9 shutouts. 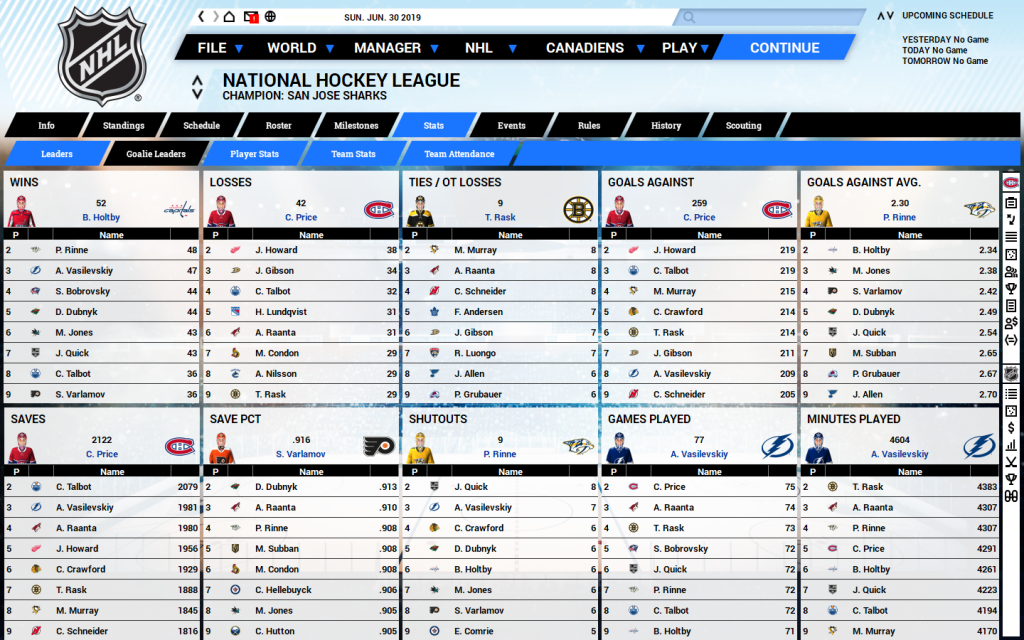 In the first round of the Stanley Cup® playoffs, two teams, the Colorado Avalanche and Washington Capitals, needed seven games to escape their first-round series. The Capitals advanced in the next round against the Columbus Blue Jackets in five games, setting up an Eastern Conference Finals matchup versus the Tampa Bay Lightning, who downed the Boston Bruins.

In the Western Conference, the LA Kings and San Jose Sharks  beat the Dallas Stars and Minnesota Wild, respectively, to set up their finals clash. The Sharks prevailed in five games to return to the Stanley Cup® Final for the first time since 2016 against the defending champion Capitals.

This time, however, fate was not kind to the Caps, who lost the Final to the Sharks in 6 games. 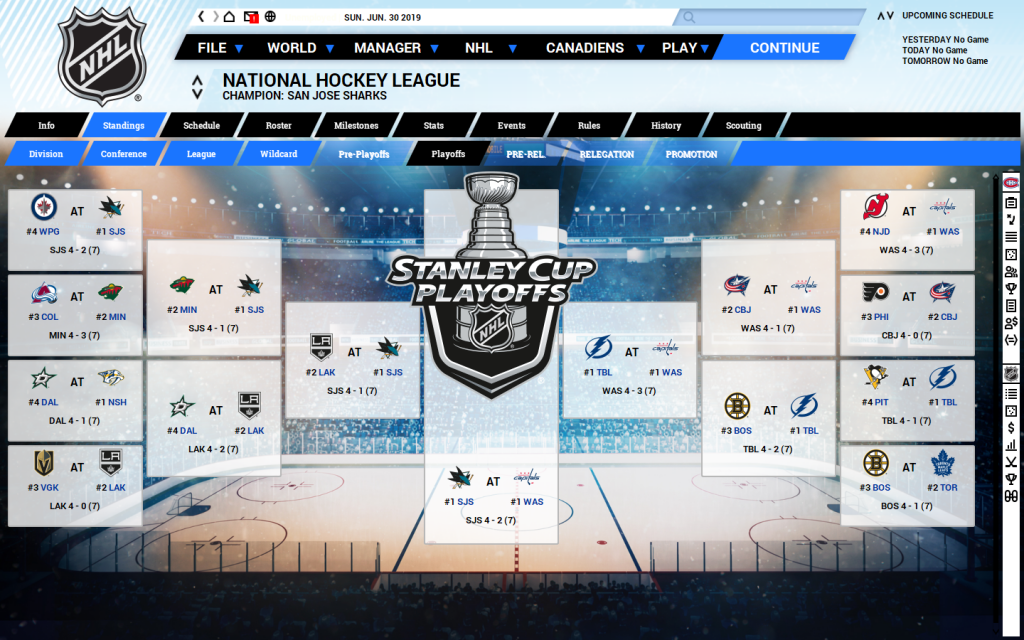 Trophy winners and other news

And there were some highlights outside the NHL too:

NHL, the NHL Shield, and the word mark and image of the Stanley Cup are registered trademarks and NHL Network name and logo are trademarks of the National Hockey League. NHL and NHL team marks are the property of the NHL and its teams.  © NHL 2018.  All Rights Reserved.