Sports history is littered with failed attempts to compete with established professional leagues. The Federal League, which shut down in 1915, was the last such attempt in baseball, and in other sports, American football’s USFL and XFL were high profile failures. However, Out of the Park Baseball doesn’t have to contend with the economic realities of the real world, and thus players can create their own fanciful alternate realities, like Union League Baseball (ULB).

The premise of the ULB is that the 1995 baseball strike presented an opportunity for Fay Vincent, Michael Bloomberg, Vince McMahon of the WWE, Bill Gates, Nike CEO Phil Knight, and others to start a rival league. Fay Vincent is the ULB’s commissioner, and Richard McNeal plays that role, complete with an email signature that says “From the Desk of ULB Commissioner Fay Vincent.”

END_OF_DOCUMENT_TOKEN_TO_BE_REPLACED 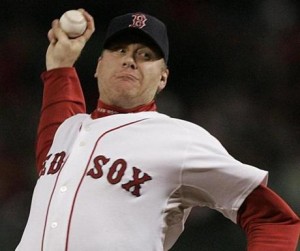 END_OF_DOCUMENT_TOKEN_TO_BE_REPLACED

The lockout that prevented the 2012-2013 NHL season from starting (and, as of Dec. 17, 2012, could cause its complete cancellation) has been frustrating for hockey fans, but one fan who also loves baseball has found an ingenious way to write some alternate history with Out of the Park Baseball.

“Alas, on January 14th, 2013, Gary Bettman (NHL Commissioner) announced that the entire 2012-2013 NHL season would in fact be cancelled,” Nicholas Genova, the commissioner of the PBDL (Premier Baseball Dynasty League), writes on a page titled “PBDL – How it all Began.” 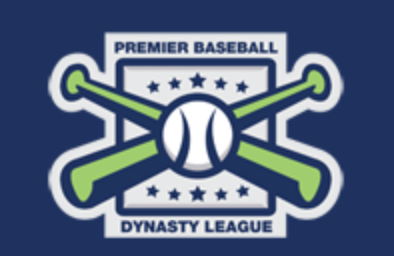 END_OF_DOCUMENT_TOKEN_TO_BE_REPLACED

(Editor’s note: The CBU web site has been removed since this article was originally published, and the Wayback Machine has no useful links, so the links currently produce “not found” errors.)

Many rival sports leagues have come and gone over the years, but few have survived. In baseball, the American League was originally an upstart competitor to the National League, and the short-lived Federal League existed from 1914 to 1915, but in all likelihood, we’ll never see a serious competitor to Major League Baseball.

Unless you count the fictional worlds made possible by Out of the Park Baseball, of course. One such world created by Jordan Gillis posits a scenario in which secret meetings take place beginning in 1985. The participants are unhappy with where Major League Baseball is headed. However, they decide to take a stealth approach, gathering resources and biding their time until the opportunity arises to announce their intentions.

END_OF_DOCUMENT_TOKEN_TO_BE_REPLACED 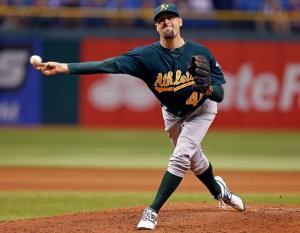 Several former major league players, including Curt Schilling, are avowed Out of the Park Baseball fans, but you probably wouldn’t expect a current player to be into the game. After all, that’s like a carpenter returning from work and anxiously getting started on home improvement projects.

However, current Oakland A’s relief pitcher Pat Neshek isn’t like many players. His delivery style is an unorthodox sidearm one that he developed after being hit in the arm by a ball in high school. He runs a personal web site where he talks about his card and autograph collections, offering to trade items, even his game-used gear, for memorabilia he wants. And he’s willing to give baseball sims a try.

“I discovered OOTP just this past year,” Neshek says. “I was bored with Rise of Nations and wanted a baseball sim, so I looked around and found that OOTP had a ton of good reviews. I read the Deadspin article touting it, and Curt Schilling had some quotes, so I thought I’d give it a try.”

He continues: “I wanted something that had real players and a real minor league system. I also wanted things such as the 40-man roster, the draft, salary arbitration and in-depth contracts. This game has it all.”

END_OF_DOCUMENT_TOKEN_TO_BE_REPLACED

There are many ways to play Out of the Park Baseball, but one element that runs through every session of the game is the ability to build a living, breathing world. Whether you want to sim one season or 100 seasons, OOTP allows you to create a baseball world that is constantly in motion, always evolving into its next form. Which teams will see their fortunes rise and fall? Which players will transform themselves from goats into heroes?

One such world is Eugene Church’s Islandian Pro Alliance (IPA). I encourage you to read his dynasty thread and peruse the IPA’s back story, including the cool map he created, but in a nutshell, this is the tale of Ruthlandia and Tycobbia, countries founded in the 1850s by abolitionists who emigrated from the United States to Islandia to escape the intolerance that was about to fuel the Civil War. Immigrants brought baseball to the countries in the 1890s, and by 1920, the sport was so popular that many towns shut down in the afternoons so everyone could attend the local baseball games.

END_OF_DOCUMENT_TOKEN_TO_BE_REPLACED

What if we could rewind baseball history and start over, only this time with a fresh set of names? Who would emerge as the Babe Ruth, Ted Williams, Lou Gehrig, Honus Wagner, and Sandy Koufax of this alternate world?

END_OF_DOCUMENT_TOKEN_TO_BE_REPLACED 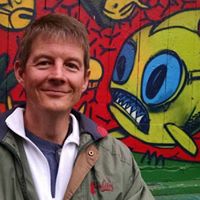 END_OF_DOCUMENT_TOKEN_TO_BE_REPLACED

Baseball is seen as a uniquely American sport, with an additional level of strong interest in the Far East, but what if it became popular in other countries too? How would they embrace it, and how would they organize their teams? It’s a fun “What if?” question, and Mark Cooley decided to take a stab at it with the British Baseball Society (BBS), which he created thanks to the vast customization options available in Out of the Park Baseball. (Editor’s note: I discovered on March 29, 2013 that the BBS site was no longer being hosted by Cooley, so I am now linking to an Internet Archive capture of that site that unfortunately has a lot of broken images. It’s the best I can do.)