OOTP 16 is out now! Get it on PC/Mac or Linux from us or you can buy it on Steam. The Road to Release series details what’s new.

And MLB Manager 2015 is out now on iOS (iPhone, iPad, iPod touch) and Android! We’ve published an in-depth look at the new features in that game.

Meanwhile, the Grand Championship League post-season tournament has ended, and the OTBA Royal Squirrels of Sweden have defeated the Heartland Kernels, 5 games to 2, to capture the championship. Congratulations to OTBA and our deepest thanks to all who participated this year!

Both teams ended the regular season with losing records: Heartland was 29-33 and OTBA was 27-35. Both of them pulled off a series of upsets, with OTBA knocking off number one seed ABL (42-20 in the regular season) in the Semi-Finals. 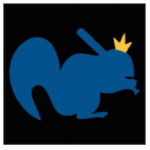 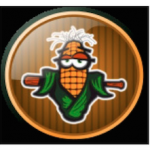 The Kernels continued this series’ trend of early scoring with a first-inning solo home run. It remained 1-0 until the bottom of the fifth inning, when a two-out double by Gilberto Hernandez plated a pair of runners for OTBA. However, Heartland’s next turn at bat gave them the lead for good as they loaded the bases with one out — a failed attempt to turn a double play pushed home a run, and then a double on a full count brought in two more runs.

Pedro Vargas, who was a pedestrian 4-4 with a 4.58 ERA during the regular season, continue his stellar tournament as he lasted eight innings, allowing five hits, two runs, and two walks while striking out four. He ran his record to 9-1, with a 2.67 ERA, and Robinson Garza stepped in to close the door in the ninth for his 13th save of the tournament, cutting OTBA’s lead to 3 games to 2. On the other side, starter Mike McDonald (5-2, 2.92 ERA in the tournament) took the loss.

The Kernels again drew first blood with a pair of first-inning solo home runs off OTBA starter Jesus Hernandez. They widened their lead with another solo shot in the bottom of the third, but Hernandez clamped down the rest of the way and the Royal Squirrels came back with runs in the tops of the fourth and fifth innings. Then they finally got to Heartland starter Jose Nunez in a big way in the seventh inning, putting men on first and second with one out and then driving them in with a screaming triple off the bat of Alonso Rico, who had just two three-baggers in 60 regular season games.

Hernandez ran his pitch count to 121 before being lifted after six innings, but he earned the win and kept his tournament record perfect at 8-0, with a 2.00 ERA. A pair of relievers held the lead before Freddy Sweeney stepped in to earn his eighth save of the tournament. For Heartland, Nunez saw his tournament record fall to 3-5, with a 3.13 ERA.

The Kernels sent Ken Rogers, he of the 4-3 regular season record with a 4.28 ERA, to the mound to start Game 7. He had picked up a no decision in his last start against OTBA in this series, allowing a pair of first inning runs before settling down as Heartland came back to win, 8-5. This time, the Squirrels lit him up for four runs in the first inning as their lead-off hitter walked, the next one doubled, and two batters later, a ground-out brought in a score. The next batter doubled to score a run, and the one after that launched a two-run home run on the first pitch he saw. The crowd that had packed Wrigley Field to see Heartland try to mount a comeback in this series had fallen dead silent by that point.